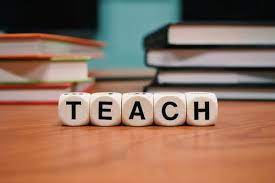 One of the things that was impressed upon me as I went through my initial teaching program and later really pushed during my administration program was to reflect on teaching, learning, and leadership each day. The idea was to be able to see weaknesses and strengths, to evaluate what went wrong and celebrate what went right. Since I’ve been off of work since the first of the year, I’ve been reading some of my reflections from the past… dare I say it… 7 years and I’ve had a lot of ups and downs but also some enlightening… there’s a whole group of educators and others that have the mindset of “we’ve always done it this way” and cannot grasp or embrace change.

I’ve often wondered if I should compose my past reflections (changing names to protect the innocent and the guilty… lol). Would anyone read it? Would anyone really care about the ramblings of an educator who just can’t seem to give up? Maybe… maybe not.

I often wish I still had my journals from when I first started teaching in 2007. I kept journals throughout my field experience and student teaching but I’m pretty certain those were filled with wonderful plans and dreams for what I’d do as a teacher and administrator. Same with my journals from when I was with child services, some of those are intact but only the last year or so of my reflections and rants exist from that time – and honestly, won’t write about those because those are more about my feelings of disappointment and disgust in some aspects of the work that I’m not able to share with others. So, at this point, I think the best to share are from teaching experiences.

I started teaching really at a local karate dojo, I still am amazed at that fact. I loved teaching and had no idea that it would become the career choice when I went back to college. There’s a story for the ages… every educator has been asked, I’m sure, why did you become a teacher? Well, mine is not a simple answer… I’d been a legal secretary for about 10 years, I hated my job (It was not my career), I would arrive 15 minutes early every day and sit in the parking lot, just talking myself into going into the office. It was a true struggle. On one particular morning (9/11/2001) my mother was going in for surgery (cancer) and I was only working a part of the day. I was in the office when one of the wives of the attorneys called me and asked if I had the tv on, I didn’t (I was working… of course) and she told me to turn it on. I did and hung up the phone, when I turned around the second plan was hitting the towers. I shut the tv off, looked around the room and started to cry, wondering one thing… what am I doing here? I realized that I absolutely hated my job. I hated what I was doing there every day. I needed something else. After my shift, I went to the hospital to wait for the outcome of my mom’s surgery. Sitting talking with my dad, he asked me what was on my mind. I told him I wanted to go back to school. He told me it was about “damn” time and said we’d work out the details. I had no idea what I wanted to major in, I had previously thought of psychology (a whole other story there), law, journalism… none seemed to really be the “in” for me, but I applied and returned, figuring I could take me prerequisites and go from there. I began talking with parents at the dojo (many were/are educators) who more often than not suggested I become a teacher. I ended up taking a class called “Examining Oneself as Teacher” – high dollar title there… lol… met a great friend I’ve had since then (SO to my Linds) and realized all the time that I had wasted with all these other things. I picked challenges for myself throughout school – at risk youth being my #1 focus, I did field work at a school in an impoverished community, a suburban community, and finally did my student teaching at a school that had once been suburban but was rapidly becoming more urban. It was quite an experience and I would have loved to have made my career there… but that’s not where fate took me. After graduating, I worked for the same district as a substitute until I was able to land a position with a local charter school that had the distinction of also being attached to a youth residential facility. I absolutely fell in love with the position and had the doors not closed in 2012, I am pretty sure I would have made my career there. I gained a lot of experience and learned so much from the administration and staff, but more than that I learned from the kids. Most importantly, I learned that whether you realize it or not, you make an impact.  I had a sociology class and was telling a story, one of the boys laughed and said he remembered me telling the story. I stopped and asked if I had told it to the class before. He stated no, but that he had been in my class during my student teaching! I felt awful because I didn’t remember him. He told me not to feel bad… he wasn’t there long enough to really make an impression, well, that made an impression on me… and from that moment, I tried to make sure that I made the same impression and tried to keep the memories of every student I’ve had a part of me. I still keep up with him and others from those days. I love seeing their successes, seeing their families grown and thrive. It warms my heart.

Another story that sticks in my brain… another resident used to come to my classroom during breakfast to work on any assignments he didn’t complete or to read quietly. One day after he’d been coming for several weeks he put down his book and told me that he needed to tell me something. When I asked what, he said “I’m not a nice kid.” I was stricken. I said “yes, you are”. He started to argue that he’d done some bad things. I asked if I needed to make sure staff was with him when he came to my room in the mornings, he said “No. I wouldn’t do anything to you.” I said, “See, you are a nice kid. Because a “bad” kid wouldn’t have said anything.” That made a HUGE impression on me. For a teenager to already decide that he isn’t a good person because of a bad decision? What is wrong with that picture? From that moment, I made sure that I reminded each and every one that they could make new choices. I see it on their social media that they have, success, happiness, and all the joys of the world are at their finger tips, if we believe in them.

If you are wondering why I felt compelled to share the above stories, its because over the last decade or so, educators have been on the defensive for every single thing they do in the classroom. Those two boys are prime examples of what educators can do when we are allowed to mentor, teach and care. Both of those boys grew into men that their families are proud of, they are fathers who are there for their kids, and they are productive members of society. Those boys and so many others with so many stories are the reason I couldn’t walk away from education.

Over the past decade or so it seems that our system is more concerned with the ability to pass a standardized test, that we’ve forgotten about actually thinking and caring. Really think about it some time… how many tests to kids take now? In Indiana, ILEARN, NWEA, SAT, ACT, ASVAB, IREAD, ISTEP… plus all the tests and quizzes given in the classroom for each class that they take! Where is the critical thinking? Where is creativity? Where is exploration? Unless it fits in the confines of what will be tested in the Spring and Fall… well, its immaterial. Oh and let’s make sure they are in sports, clubs and constant activities. Kids aren’t kids anymore… As teachers we don’t really comfort kids anymore for fear of being accused of being inappropriate, invasive or stepping outside our jobs. It used to be that kids would go to their teachers to ask for help/advise with things other than school work, because they felt comfortable and supported. We have taken a lot away from teachers, school staff, and administrators of schools. Wouldn’t it be nice if kids really got to be kids again? Let’s bring fun back into school… for everyone… students, teachers, staff… please?